It's time to review the leaderboard results again. In fact - it's a month late! So here's the breakdown of how traders fared in March and April. Well done again to MrGekko for winning in March. I've had a lot of questions about MrGekko and one person almost changing their approach because if his statistics. Which are:

But it's not these stats that elevated MrG to almost Elvis like proportions amongst some of our avid viewers. It's the win loss ratio: Average win: $1,415.15. Avg loss: $92.79

Obviously if you are an "all in, all out" sort of trader, then these sort of statistics would be tough to attain - but what if you scale out of trades? Or scale into trades? What if you take a small amount of risk and add size as the market moves your way? Anyway - the upshot is that there's more than 1 way to skin a cat and if you only look at someone's stats from the perspective of the way you trade, then you'll most likely think they are pulling off miracles.

So - don't change your whole style because of one statistic!

It's great to have a new winner in April. Scotty, who I think should be called "Sniper Scotty" - because as you'll see - he is very focused. He wins with a consistency rating of 73 - a full 7 points ahead of the number 2 spot. He's been with us since December and he seems to be progressing really well. let's look at the March stats first... 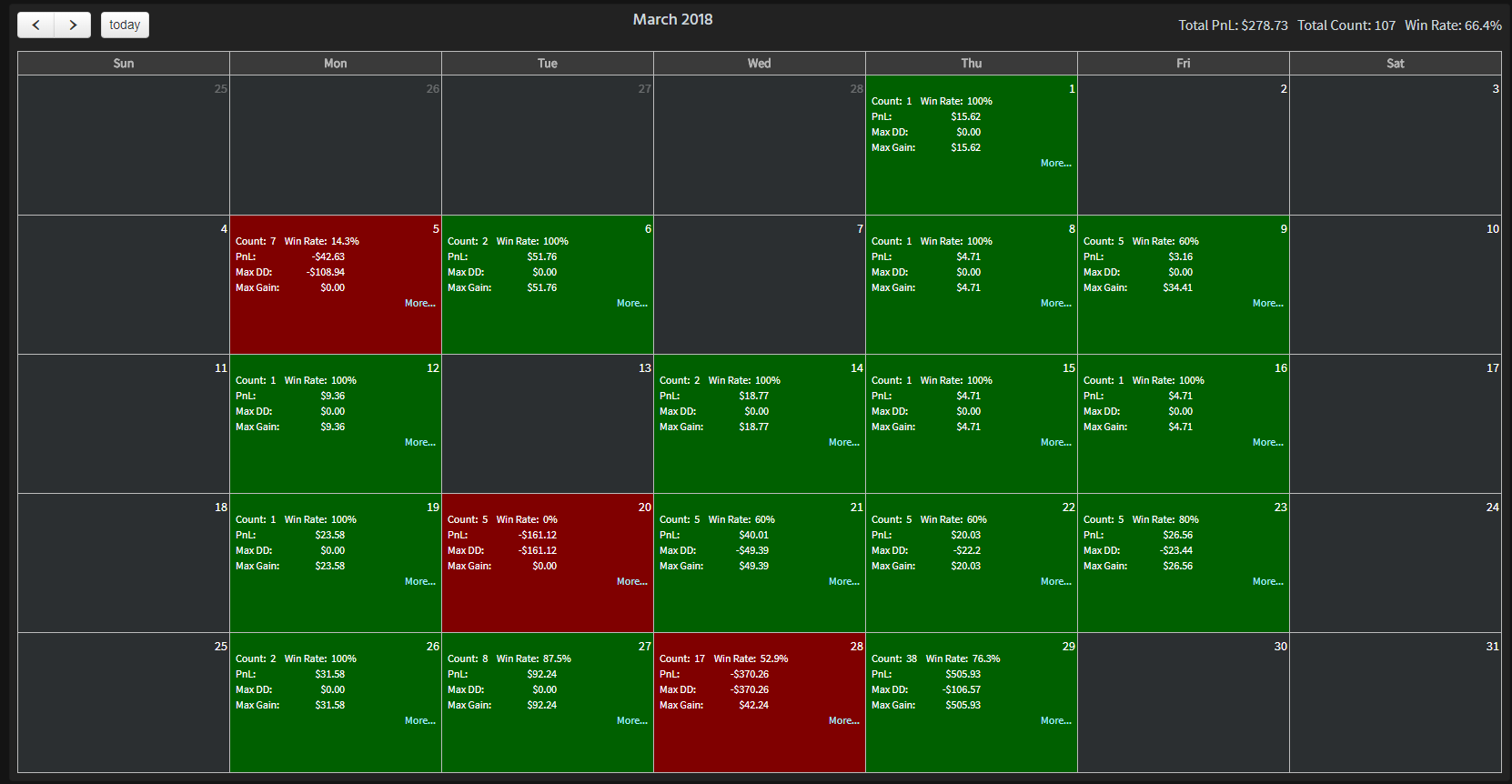 You can see a slow and cautious approach here. A few trades a day, small size traded. A few anomalies at the end of the month but this is someone that's keeping themselves in check, recovering from bad days and not swinging for the fences. The results are obviously not exceptional but the behavior is. Many traders lack patience and don't see this as a long game. If something doesn't work in a few days, it gets scrapped.

A great improvement but not a surprise is it? You get the feel of someone finding their feet in March and then ramping up in April. Trade volume is not excessive. Scotty is happy to take just one trade if that's all there is on the table. The days with more trades are generally more profitable, which tells you he's trading more because there's more opportunity.

Well done Scotty & MrGekko. Thanks for participating. A $500 prize for both of you!