It's back - Jigsaw Leaderboard & May Results

It's been a while since we announced Jigsaw leaderboard results. We noticed in May that a number of traders had tried to 'game' the system. They did this by getting into positions and not closing them out till they came back onside OR scaling into massive positions to get to break even.

One of the things we never mentioned about the competition is that we actually CHECK THE RESULTS!  It was during this audit for May  that we saw the issue.   We added that to our "to-do" list and now if you scale into a massive offside position - you'll be heavily downgraded for it.

So onto Mays results. Remember - it's all about consistency and not P&L. We don't care what size you trade, the competition algorithms ONLY care about whether you are consistent or not because consistency leads to profits. No wild P&L swings allowed! This is obviously helping those on the leaderboard because the percentage of profitable trader is up to 89 out of 271 - or a total of 32% 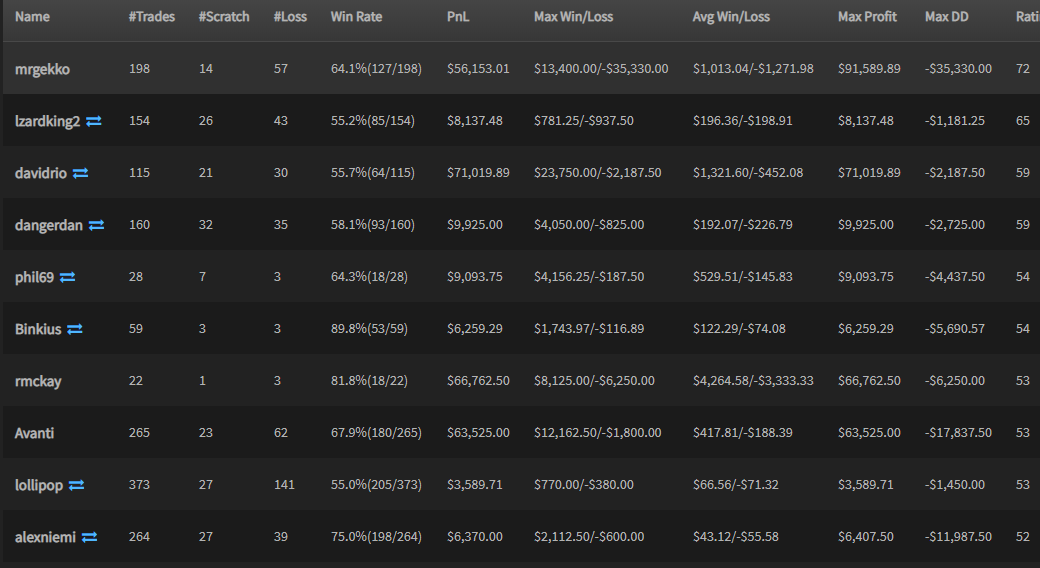 MrGekko wins again - BUT - last time I spoke to him, he told me he felt it unfair he was hogging the top spot and asked if I wanted him to step down. My thoughts are that it's quite inspirational to see a great trader at the top. So we agreed he'd stay on the board but that he'd not get a prize. That we should reward upcoming traders instead.

So I am really happy to announce that lzardking2 wins for May. He has a 55% win rate but he scratched about 15% of his trades, so he lost on only 30% of the trades. Here's how his month played out: 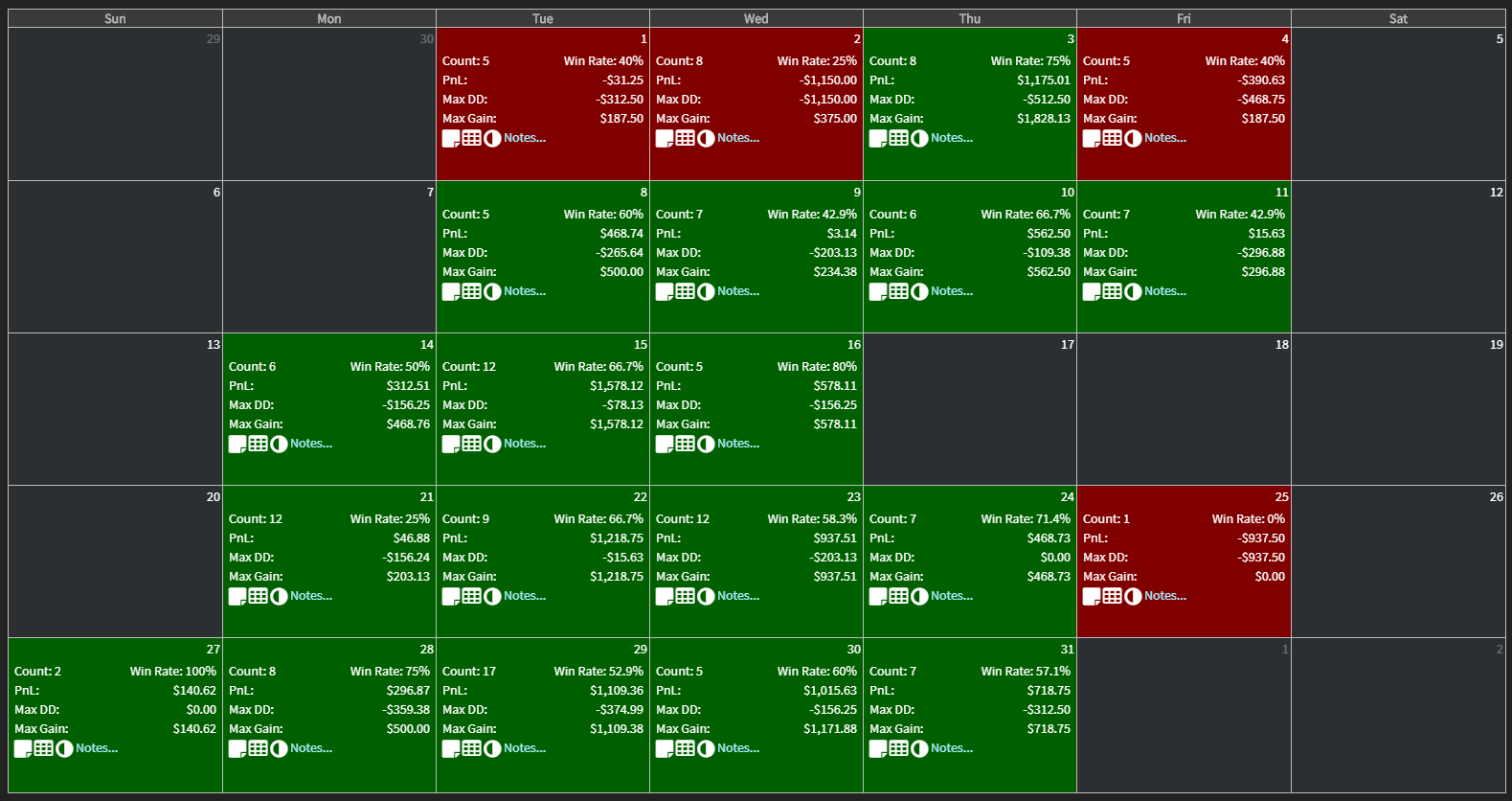 As you can see, he turned a profit most days but also he has the ability to overcome small drawdowns.  Nice, consistent trading with sensible size. Also notice how many trades per day. The losing days have fewer trades and the days with more trades were at the top end of his profit range. That's a trader reacting well to market conditions and making more as the opportunity arises.